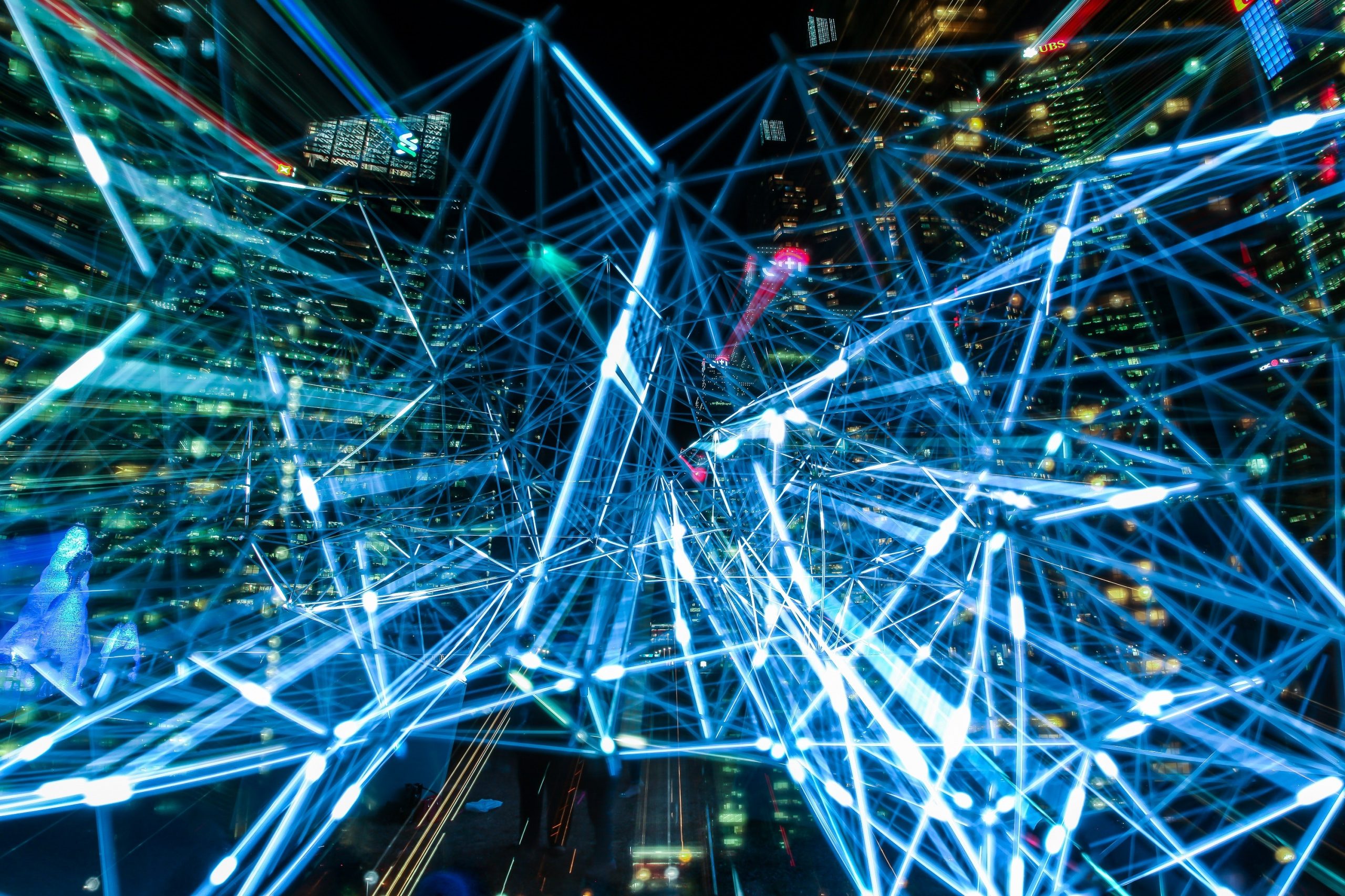 The use of Machine Learning has become a critical component in many businesses, examples being product recommendations, making decisions on stock levels, and evaluating credit scores. Machine Learning uses like these for businesses are having a direct impact on the top line (how money is made) or the bottom line (where money is spent). However, increasingly and I would say more importantly they are having an impact on decisions and behaviours of individuals or groups of people. I am not the only who thinks so, the EU also has seen this impact and they are looking at regulation in this area (https://digital-strategy.ec.europa.eu/en/library/proposal-regulation-laying-down-harmonised-rules-artificial-intelligence)

This blog however does not look at those impacts or how to judge them, instead this blog will look at how to track back from the impact which models made which predictions, how those models where made and how new models can be approved with confidence. This is known as model lineage and model versioning. Finally, it will then look at how to implement a Model Registry to govern and implement these two concepts on AWS.

Machine Learning models may seem a little more involved than a traditional software development and require more artefacts and skills. However, by applying standard software engineering practices, you just need to understand the similarities and build upon existing techniques. A Machine Learning model consists of the following parts:

Mapping these data science terms to engineering terms helps engineers understand them. However, another important consideration is that the model is not necessarily reproduceable from a training process even if the inputs are the same (data and configuration). For example, a deep learner can learn differently every time it is trained resulting in slightly different models and in turn they can predict slightly different things. Sometimes if the data changes enough, then model might not be able to predict anything meaningful.

If models cannot necessarily reproduceable or the output can change a lot given changes in data, then how can we provide traceability into a prediction? After all, that prediction may have led to a crucial outcome for an individual or contributed to a decision for company. Well providing this traceability and auditability is known as model lineage: 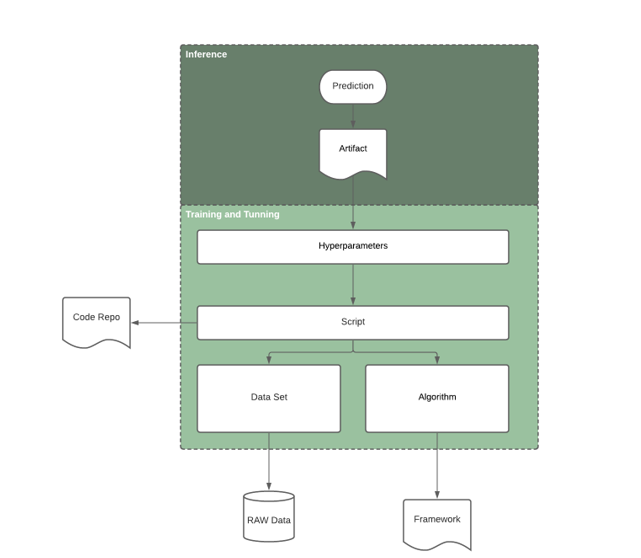 Figure 1 shows model lineage at a high level and it comprises of the following steps to audit a prediction from a model:

To make model lineage as easy as possible and to scale Machine Learning across a business then we recommend that a Model Registry. A Model Registry provides this by treating every model as an immutable set of artefacts and for some use cases enforces this immutability by using integrity validation.

A Model Registry has the following features:

There are number of technologies and implementations that can be used, ML Flow and Amazon SageMaker Studio have purpose-built services like the SageMaker Model Registry. However, you may wish to build your own to understand the underlying implementation better or fit your own needs.

Therefore, let’s looks at building our own on AWS: 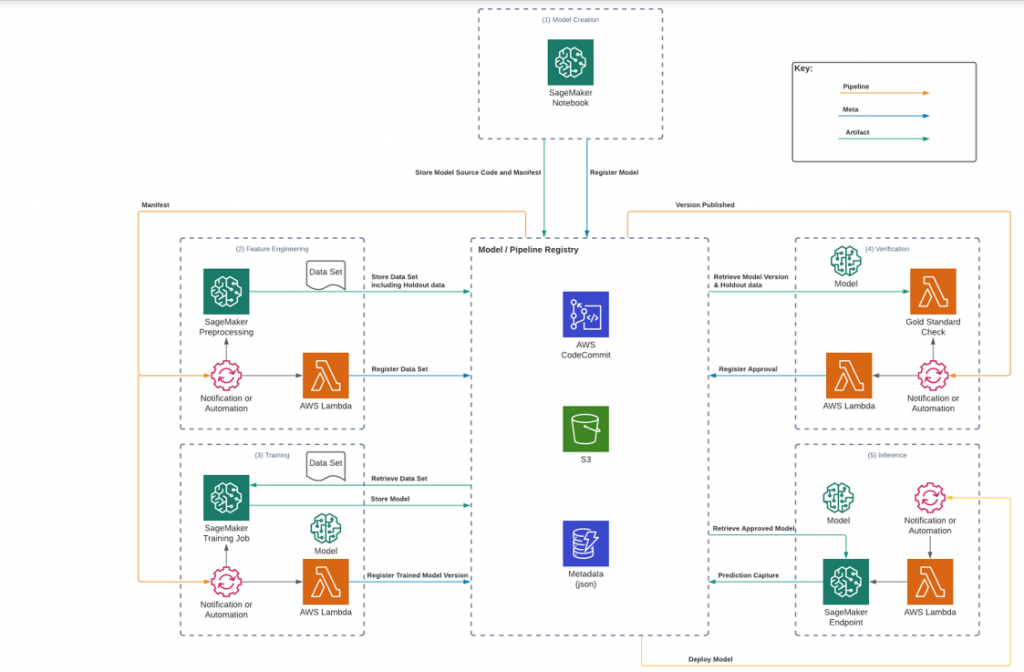 In Figure 2 we can see that 3 AWS Services are being used to build our Model Registry; S3, Code Commit and DynamoDB. Here is how they work:

This process can be controlled and governed by using a manifest file that is uploaded as part of the candidate model to detail all the settings for each stage of the pipeline (Stage Transitions). This allows for the model to be refreshed by creating a new model version whenever required (i.e., due to time, diff or new data)

ML models are now having a real world impact on our businesses and lives and the usages of machine learning are growing in all sectors and industries. This growth, powered by experiments and creativity, is unlocking the enormous value contained within in our data.

As your usage of machine learning grows and matures, more oversight becomes necessary, especially in highly regulated industries like banking or health care. This requires you to provide traceability for your models, through Model Lineage, to evidence how models were trained and what data was used, along with how they were then approved and promoted.  To help manage Model Lineage, we would advise you to look at putting in place a Model Registry. A Model Registry will help you to track your models from creation to expiration including what predictions were made and the regeneration of models due to changes in data or technology.

Having both Model Lineage and a Model Registry in place will allow you to power your next phase of scaled AI and meet any future regulatory needs.

If you need any help with embedding either of these techniques into your ML processes or pipelines then please get in touch.