RAMP in the spotlight at Innovation 2017 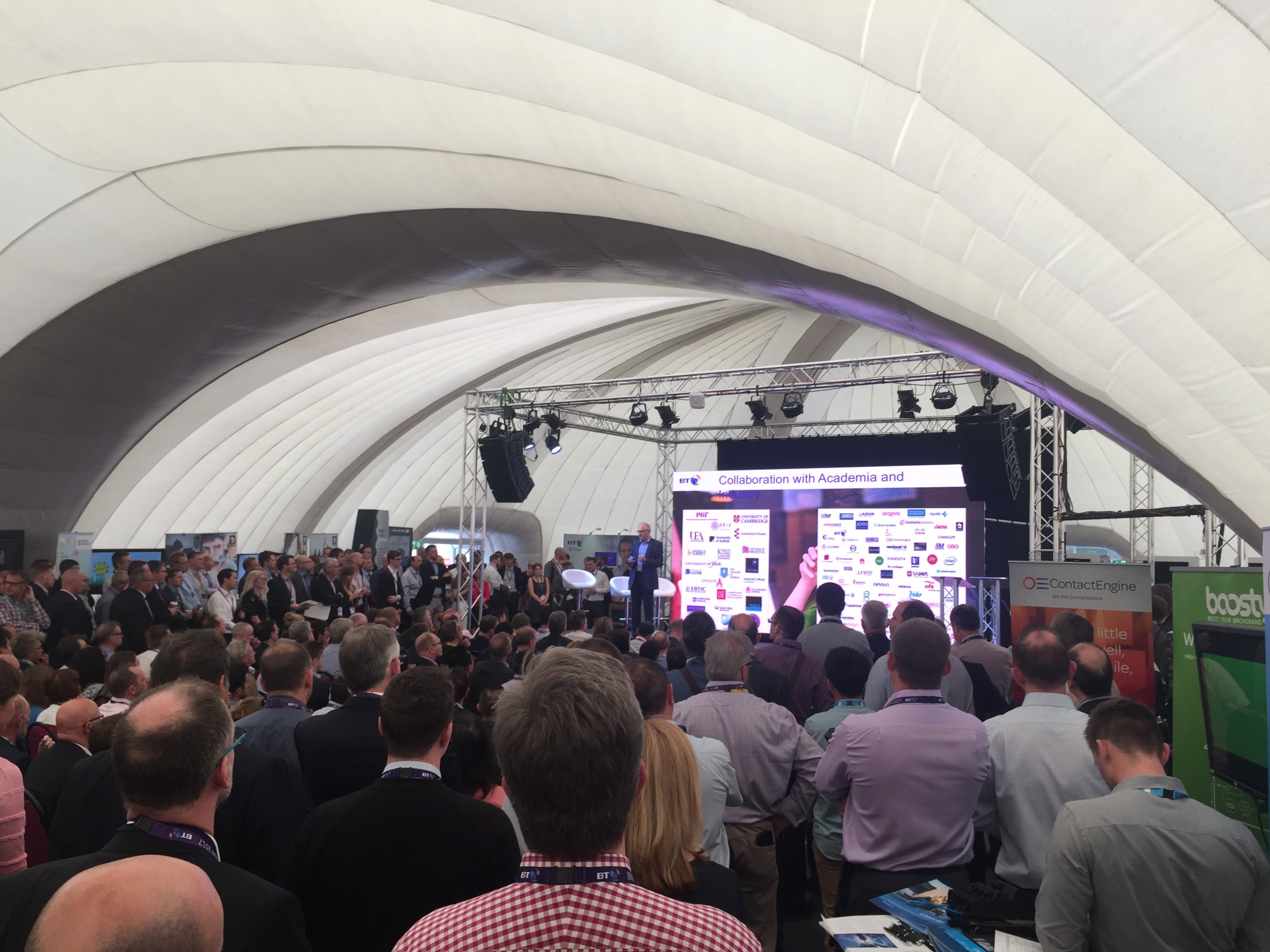 22 Jun RAMP in the spotlight at Innovation 2017

As mentioned in an earlier blog post, last week we were at Innovation 2017 and well, what a great event and week it was!

The Inasight stand was a hive of activity over the 5 days, with great conversations taking place with BT’s customers as well as employee’s from BT. The finger fidget spinner giveaways were an obvious attraction(!), but the live data streams we had running through our Rapid Analytics Machine learning Platform (RAMP) were the main discussion point.

We had two demo’s running throughout the whole week…

The first was a Twitter Sentiment Analysis demo and with the general election just taken place what better way to get our RAMP application to process a large volume of tweets than use the hashtag #ge2017! During the week we processed over 100k tweets which meant we were able to analyse a real spread of opinions. The demo was rock solid thanks to AWS and Basis Tech and only consumed $60 of AWS resources to run for the duration of the event. The main objective of this Twitter feed was to showcase a live stream of unstructured data whilst demonstrating machine learning.  This was in the form of using natural language processing to score the tweets based on their sentiment with a maximum of 1 being positive and -1 for negative. As you can see from the first day’s analysis the average net sentiment was predominantly negative:

The second demo focussed on a stream of structured data for retail insurance. This allowed us to showcase another example of RAMP’s dashboard, using Kibana from the Elasticsearch family for visualisation and real-time exploration of streaming analytics results. The first example used a regression model executed by Amazon Machine Learning to predict the loss value of new claims as they are captured from customers in a “First Notification Of Loss” (FNOL) process. The dashboard on display gave us a great real-world scenario to discuss with the attendees at Innovation 2017.  By predicting the loss value with the data received from the initial claim capture, we can identify the high value claims that justify analysis by specialist claims teams versus the lower value claims which would go through a more cost effective BAU process.

The other example of ML on this demo was using an unsupervised machine learning approach to apply anomaly detection to the same stream of business data.  All claims which do not conform to normal patterns within a certain threshold can be identified, and again passed to an investigations team for fraud detection or to protect against data quality issues that cause higher downstream processing costs.  A key point of this demo is that business rules do not need to be coded based upon domain knowledge – the model learns normal behaviour and automatically adjusts to structural shifts over time.

Overall we had a really great week, doing what we love: demoing our application and talking to new people. Roll on the next event…